Ah Coronavirus, the hysteria across the planet is through the roof, except for Sweden & Belorussia, the latter of whom possesses the only football league playing anywhere. The only thing people in the UK are really allowed to do is, well, walk, but the Facebook groups are on fire with chat about people going for drives in the country, so I thought I’d find an accessible urban walk instead.

So get yourself to Levenhall village, on the eastern edge of Musselburgh, & for the aspiring gentlemen one of the best places in East Lothian to live. There’s a decent pub, a lovely local community shop, a nine hole golf course, a racetrack & to walk the hounds the wonderful Levenhall Links. 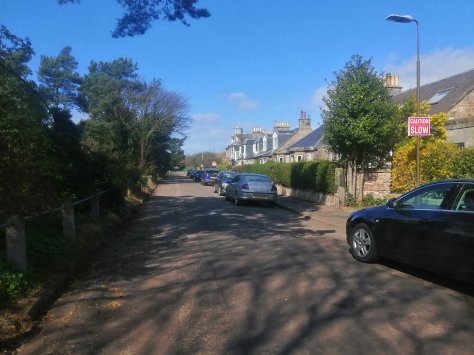 The best place to park is along the road, Hope Place, that heads to the sea from the pub. At the end of the road the open expanse of Levenhall is revealed. 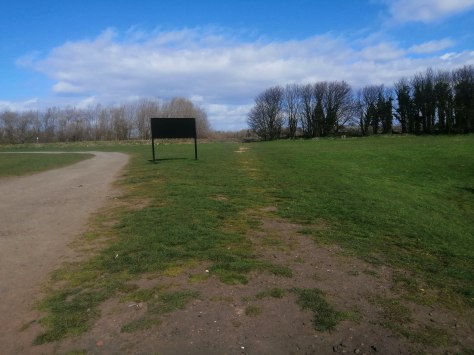 Follow the path awhile, but instead of bearing left to skirt the racecourse, carry straight on towards the sea. After a wee while you’ll reach a long , straight path which you will take to the right.

At the end of the track, turn left at the trees & skirt them for a wee while with the woods on your right & the open greenery on the left. There are two paths breaking into the woods, & its better to take the one about two thirds of the way along the woodline. 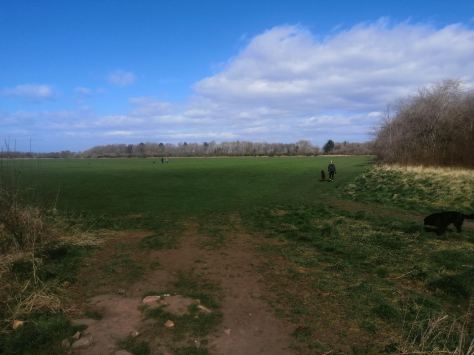 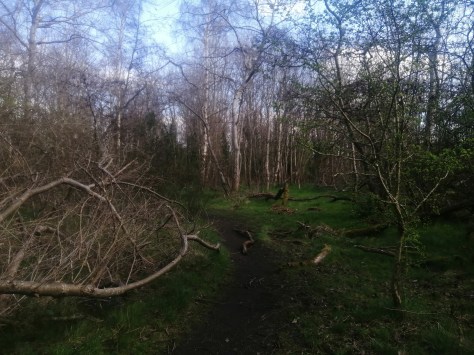 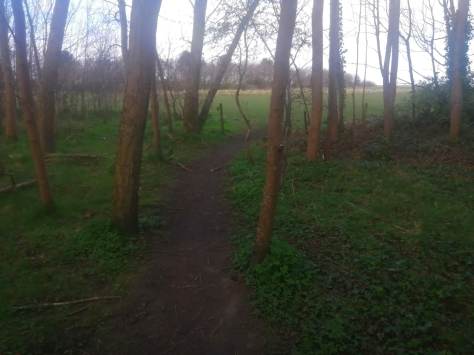 The path meanders forwards & to the left, & breajs out into the level greenery, Here one should head towards the sea, when you will soon come to a long straight path. take this to the left. 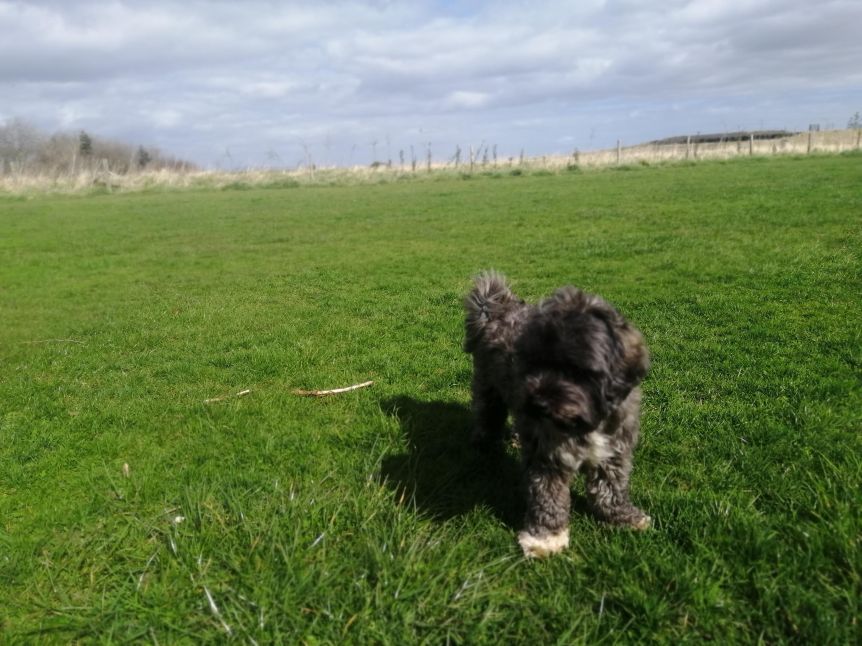 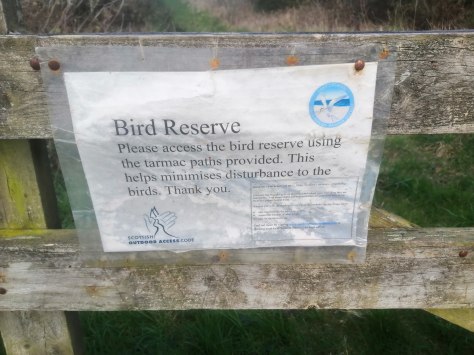 You will now skirt the Bird Reserve to your right until the path opens up to a new wide space – straight ahead is the lovely little artificial lake at the heart of the area, which we will take to its right.  The lake is one of two areas of Levenhall Links that have been designated as part of the Firth of Forth Special Protection Area and are an important roosting site for wading birds at high tide, and the only major roost between Cramond and Aberlady. The boating lake attracts up to 200 wigeon who graze on the bank during the winter.

Levenhall Links are one of the most popular sites for birdwatching in the vicinity of Edinburgh. The ash lagoons have provided a roost site for gulls, shorebirds and terns; while the seawall provides excellent views of the flocks of sea ducks such as common eider, velvet scoter, red-breasted merganser, long-tailed duck and common goldeneye. Many rare visitors have been seen over the years including white-winged scoter, surf scoter, Wilson’s phalarope, western sandpiper, marsh sandpiper, Franklin’s gull and citrine wagtail. It has hosted three terns which had their first occurrences for Scotland here; namely Forster’s tern, lesser crested tern and royal tern. It is also one of the most regular sites in Scotland for the Mediterranean gull. 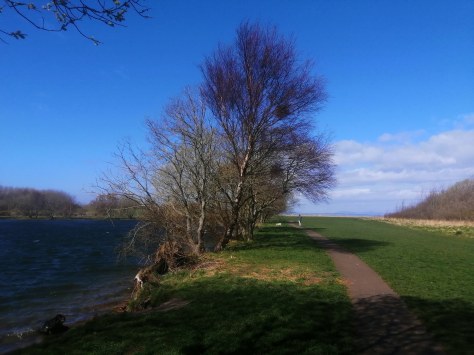 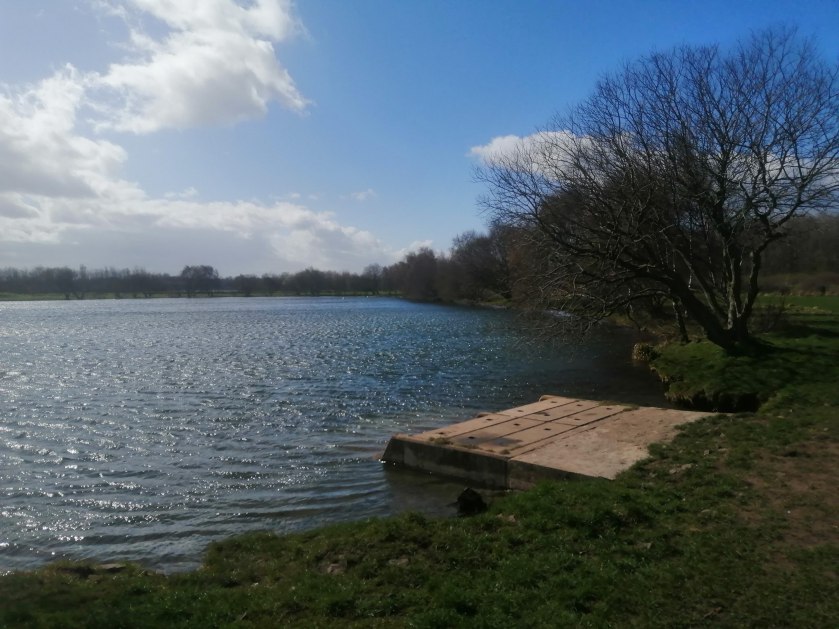 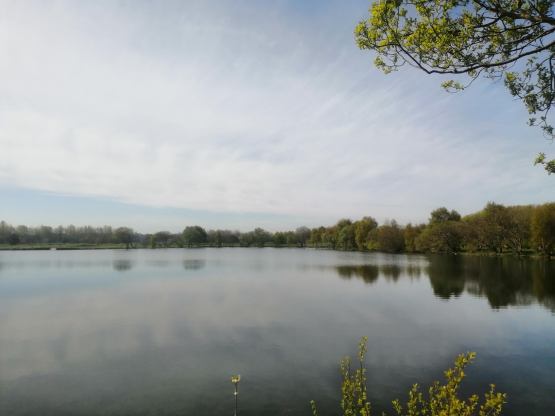 As the lake bgins to curve left, instead continue in the same direction  like a sattelite sling-shot, & follow the long straight path to the sea. 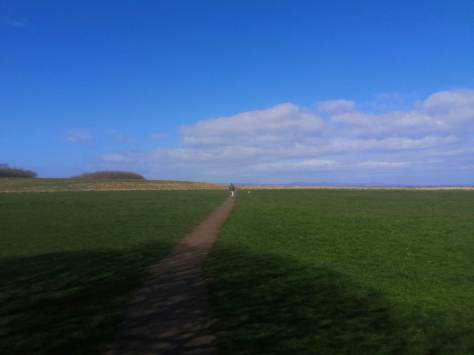 At the sea-wall, turn left & head in the direction of distant Edinburgh along National Cycle route 76. Today was a wild & windy clear vistas wonder, when its always a pleasure to be beside the Forth. I encourage future tenants of this walk to check on the weather first to get the fullest pleasure from the experience. 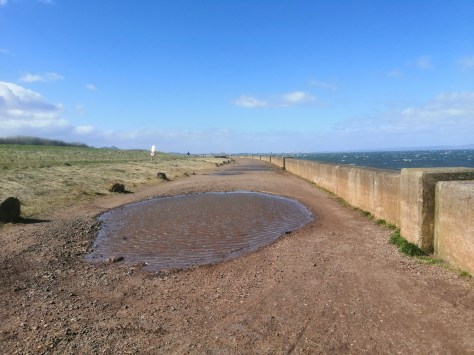 When you reach two concrete bollard thingies, turn left & head into the Levenhall hinterland. On the right are still grassed over ash mounds from which Levenhall Links is kinda formed.  The 134 hectares of land were reclaimed from the sea by building a sea wall and pumping large amounts of pulverised fuel ash from teh now-no-more coal fired Cockenzie Power Station into a number of ash lagoons.

At the junction below, turn left. 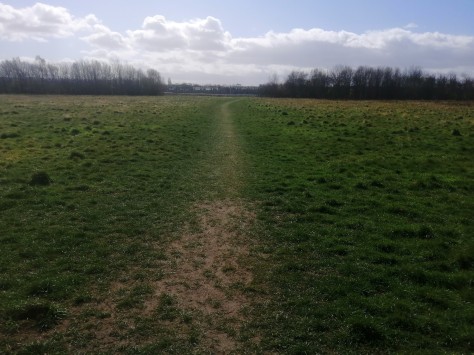 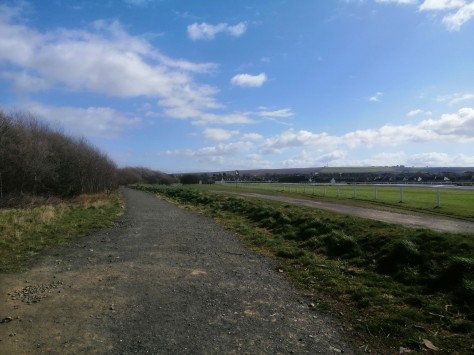 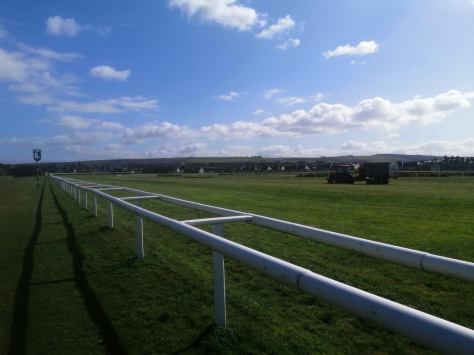 Musselburgh Racecourse is the second biggest racecourse in Scotland (the first being Ayr) and the fourteenth biggest in the UK.The course offers both flat racing and National Hunt meetings (though it only introduced jumping in 1987) and is 2 km long. The first races in Musselburgh took place in 1777 under the auspices of the Royal Caledonian Hunt. Between 1789 and 1816, race meetings were held on the sands at Leith, although some races did still take place in the town. In 1816, they returned permanently to Musselburgh, to a course that had been laid out for them by the town council. The Hunt were so pleased with the new course that they distributed 50 guineas amongst the town’s poor. 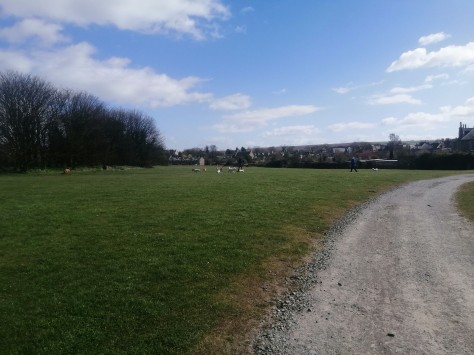 Musselburgh was once certified as being the oldest golf course in the world by Guinness World Records (but more recently they reassigned this ‘record’ to St Andrews). There is documented evidence that golf was played at the links in 1672, and it is claimed that Mary, Queen of Scots, played nearby (at Seton) in 1567. Musselburgh Links was originally seven holes, with an 8th added in 1838 and the 9th in 1870. Musselburgh was one of the three courses which staged The Open Championship in rotation in the 1870s and 1880s, alongside Prestwick and the Old Course at St Andrews. It was selected because it was used by the Honourable Company of Edinburgh Golfers, and it hosted six Opens in all, the first in 1874 and the last in 1889.

One thought on “Levenhall Links”