Taps Aff, in Scotland, in September? Well it certainly was a couple of weeks ago, on a joyous afternoon’s stroll with my wee dog, Daisy. Twas a lovely end of summer’s day; a perfect, breezeless heat, & the best conditions to hit the Lammermuirs.

Our walk commenced at the country cul-de-sac that is Deuchrie Farm, parking up on the grass by a strip of soon to be renovated cottages. From here we headed up the road between farm outhouse buildings & a fine, category-C-Listed farmhouse;  rather like the family home of Jane Austen.

At the top of the road one finds oneself at the edge of civilisation, like the Black Sea Tomis of Ovid’s exile, & it is a refreshingly superb feeling to plunge through the gate & along the track towards the mossy Lammermuir phalanx in front.

As one proceeds south, a lonely abandoned farmhouse grows into vision. Its name is Lucknow, named after the siege during the Indian Mutiny, about which I have composed a sonnet sequence, my favorite one being this little conversazione; 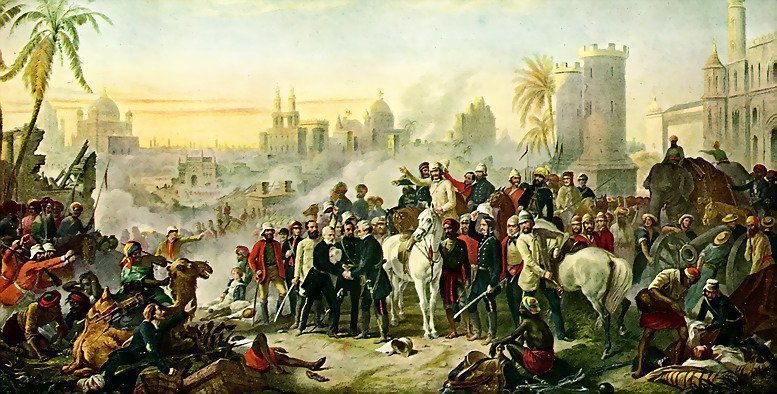 Reverend – I cannot agree with you sir,
There was a lovely breeze this morning,
The hour was three I think,
& if you ever had visited Stuffcote
You wouldn’t dream of calling this hot!

General – Stuffcote! Why, I have been there, sir,
Was there, in fact, for three years, sir,
It is one of the coolest stations in India.

Reverend – Poppycock! In August! What nonsense!

General – Yes, sir, especially & most particularly in August,
I have felt positively chilly all thro’ the month!

Reverend – Chilly? In Stuffcote? In August!?

Back in 2002, Angela Foster interviewed a certain 82 year old man called Adam Bathgate for the Fourth Statistical Account of Scotland, who had been a shepherd at Deuchrie betwen the ages of 17 & 20. In the following extracts from his interview you can get a real feel for the good old days.

After two years at Long Newton I went to Deuchrie and started working with the sheep. When I was young every farm would have at least one shepherd and a flock of sheep. I didn’t come with my father this time because they needed a young shepherd. I thought that was a nice change. I didn’t apply for the job. Mr Jeffrey, the farmer mustn’t have had any applicants for the job and he knew me because my uncle John was up there. Anyway, Mr Jeffrey came up to my father and asked him if l would like to come and work with the sheep. So that’s how I started. That was the first time I had left home. I was 17 years old [1937].

I worked under Hammie Hall the head shepherd at Deuchrie. The two of us stayed in Lucknow bothy. It’s a ruin now. The two of us bothied there. Cooking our own meals and looking after ourselves. You got up about four or five in the morning and went out to the sheep. The sheep were always put up on the hill to keep the ground clean. This was to keep the droppings at the top of the hill. Sheep lie down at night and when they stand up in the mornings, there would be the droppings. So to keep the bottom of the field clean for feeding, the sheep were driven to the top of the hill last thing at night. So the first thing you did when you went out was to bring the sheep down. Most of them would come down easily as they would be into the routine.

My first sheepdog was called Bet. Before I left home there was man there that knew the shepherd at the Hopes and he had one for sale. So I went and bought her there. She cost me £3. It was a lot of money at that time. She was two years old. It is 1937 and I was now earning 32 shillings as a young shepherd with one and six extra to feed my dog. I was feeling smart now and cocky a bit! Bet was trained when I bought her and she came to live with me at the cottage.

The breeding season was a busy time. You had to sit up all night at the lambing time and you took night about. My very first lambing was at the fit o’ Deuchrie Hill. We stayed at the house and my sheep were at the foot of the hill in a lambing shed. Hammie’s were over at the farm and we sat up all night. You had to keep awake. You were up two days and a night. Then you got to bed for a night. Hail, sleet or snow it didn’t matter what the weather was like.

We did our own shearing then, by hand. Now they use machines. Some farms would join up together and help each other to shear. At Deuchrie we did our own shearing. The last time I remember sheep walking to Haddington was in 1932 or 1933. When Steve Ramage was at Deuchrie. Now, he walked from Deuchrie to Haddington with 40 South Country Cheviots ewes and lambs to the sale at Haddington. He didn’t get a good enough price for them so he had to walk them back home again. I met him when I was coming home from school. I would be about twelve then and I walked to the filters with him then I turned and walked back home. The breeding sheep went to St Boswells. Up at Deuchrie there is a drove road that they took over to Duns. Most of them, at the end went to Edinburgh.

I was at Deuchrie for three years. Then James (the farmer’s young son) left the school and took my job. So I was made redundant.

It is possible to walk up beyond Lucknow & earn a spectacular view of the Dunbar Common turbines, but for this day’s walk we hopped over a fence to the left & entered a lovely verdant glen; a hidden gem that feels ever so remote, but is only a wee drive from Edinburgh. I love it up here actually, & I’ve taken the family on a couple of occasions (hence the photo). I also love it when I’m on my tod, when the only sound is the bleating of sheep which seems to boom upon the gustless, breathlessness of the Lammermuir silence.

Once in the field, bisected by the gurgling Rammer Clough, just head west through the relatively steeply-sided glen – you cant get lost. ‘What a day, what a summer,’ I thought while watching Daisy frolicking with a piece of sheep fleece in her mouth. These sheep, btw, keep the valley bottom perfectly manicured, almost like a golf course.

On we went, passing a sheepfold thing that felt rather like Ruthven Barracks. I adored the sheer timeleness of the place as continuing onwards a track emerges from the left, which upon meeting took us to a green cattle grid gate. Up-plucking Daisy for the hop over & through, we entered an even more beautiful valley, the only sound being a tiny waterfall in a cleugh, which roared like Victoria Falls on closer inspection – a curious pheneomena of the Lammermuir silence.

We were going at a gentle pitter-potter pace, allowing me to examine the slopes of the valley; on the north side fern & gorse intermingled gladly, while the south slopes were more tree-gnarled & rocky & positively paleolithic.

After a while the path rose up a hill to the left – which we took – where a picnic table is conveniently placed for those that way inclined. At this point a gate leads into the field where I normally turn left & head towards Deuchrie Dod, as shown in the photo with the girls below.

Alas, on this occasion, that field was teeming with sheep, while the field directly in front had a wee herd of curious & virile-looking cows. With me using a psycic leash with Daisy, I thought it prudent – & interesting of course – to seek an alternative route.

What serendipity! After turning right at the gate, we managed to enter the epic field in which the cows were without their knowledge, utilisng lots of creases & folds in the landscape to avoid detection as if we were a Zulu impi during the Islandwhana campign. The view was also stunning, with Dunbar & the North Sea & the Lammermuirs coalesceing in an epic sweep.

Directly to the north I could see the pinetops of the Pressmennan Woods, & headed for them, sweeping across the field & into another one, upon the hill parts of which a large flock of sheep were gathered like the 7th Cavalry at Little Big Horn. We were not here to fight, however, but I instead found it the perfect opportunity to continue Daisy’s training in Pleepance.

For those who have never come across this word before, it means P-sychic L-eash Sh-eep Avoid-ance – in this instance the p is NOT silent – & is used to gently move an untether’d dog around a flock of sheep. The art is in not startling the sheep – they will be observing you always & at any given moment one of them may frighten & set off a stampede. Of course Daisy possesses a sweet temper & we reached the top of the field & its gate without any negatives.

The next field saw us approaching the summit of Deuchrie Dod, passing through ruined drystones reminscient of Hadrian’s wall. At this point, we just aimed for the summit trig-point, where a more than lovely view of East Lothian can be found. With it just being a week or two since the wheat harvest – when massive satanic, light-flashing engines work all through the night gorging on the crops – the county was a pretty piece of  patchwork.

11 years ago in May 2007, it was on this spot that I won my first East Lothian panorama, & dare say fell in love. I had recently moved into Heather Lodge on the Whittinghame Estate, & thought I’d climb Deuchrie. From the summit in 2018 I traced my route taken that day through the whitewashed houses of Yarrow & Clint, while also tracing the eleven years of existence that had brought me back to this spot. I guess Walking East Lothian is my personal literary paean to the sensations I felt when first seeing the unbelievable vista from Deuchrie.

At an elevation of just under 300 metres, Deuchrie Dod is the 11512th highest peak in the British Isles and the 7114th tallest in Scotland. Following its ridge to the east, we could soon make out Deuchrie Farmhouse below, & Stoneypath Farm across a valley. Then we were sharply descending towards the strip of cottages where the car was parked, from where we left the island-like serenity of the Deuchrie enclave & headed home for pies.